The West African Monetary and Economic Union (also known under the French acronym, UEMOA) was established with the Treaty signed in Dakar on 10 January, 1994 by the Heads of State and Government of seven West African countries using the CFA Franc in common.

The Treaty came into force on 1st August 1994, after ratification by the Member States.

On 2nd May 1997, Guinea Bissau became the 8th Member State of the Union.

UEMOA is represented by a logo that symbolizes growth, union, solidarity and complementarity between the Coastal and Sahel States. 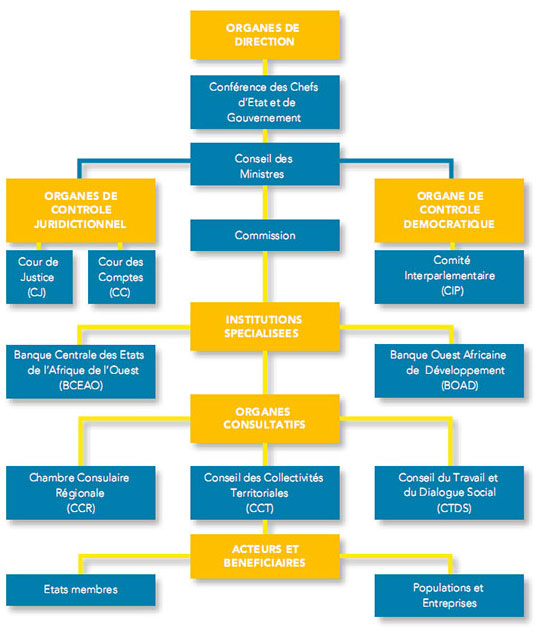 Presidents of the Commission